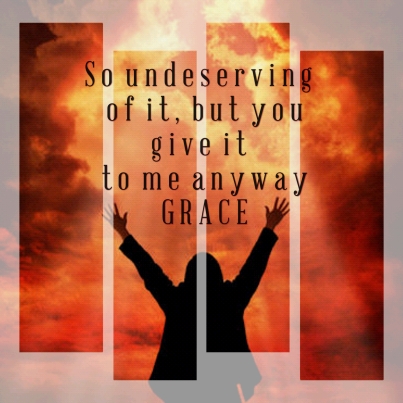 Yesterday me and some of the ladies from my Life Group went to the mall to volunteer for the Angel Tree through The Salvation Army and after we were through from there we went to grab something to eat. We were sitting there talking and getting caught up with each other from the week and our waiter came over to start taking our order. I had asked him a question about a particular item that I normally get and wanted to see if I could substitute  something since I have a gluten allergy. I have been there several times, but I didn’t want to make the assumptions that they would still allow me to do so. Right off the bat the waiter was very argumentive and wasn’t really listening to what I was saying. To avoid a scene and making a big deal about it I decided to drop it and was like ok it’s cool. He still kept going on about it after I had dropped it and decided to go ask his manager. We were all in unbelief that he just did all of that. So in trying to enjoy the rest of the evening here he comes again. His approach was off, he was rude and still agrumentive. When he walked away I said yeah he just lost his tip. I am a firm believer in basing your tip off of your customer service. It took us forever before we even received our food and he didn’t even come and check on us or let us know how things were going. When we finally got our food mine was not at all how I asked for it be nor how I would normally receive it. At this point I was really unhappy with the service. The waiter came back and said so everything is good instead of asking was it good. I began to explain to him what was wrong and he immediately made an assumption and went back to our 1st conversation when what I was talking about now was totally different. Again he was being agrumentive and he wasn’t listening. At this point they would normally have their manager come over and he just walked off. One of the ladies asked one of the other waiters for the manager. The manager came over and we explained our dissatisfaction. He apologized and explained his follow up process.  The one thing that stuck out the most is when he said, “because I see potential in him instead of throwing him away I will use this as a teaching moment to train and groom him into what I see and how it should be.” Immediately my mind went to Grace. 2 Corinthians 12:9 “And he said unto me, My grace is sufficient for thee: for my strength is made perfect in weakness. Most gladly therefore will I rather glory in my infirmities, that the power of Christ may rest upon me” As we were preparing to leave one of the ladies said what should I give as a tip. I told her what to give and I told them God said grace. According to how he served us he didn’t deserve it, but neither do we. He still has to live. One lady didn’t agree due to her prior experience being a waitress, but the difference is we are in Christ and we don’t think nor approach as the world does. That doesn’t mean that we agree with his action, but that we allow God to deal with him by our acts of grace. At that moment I realized just how much God’s grace is to me. I am so undeserving of his love, his grace and his mercy, but yet he still gives it to me. To whom much is given much is required. As much as God has given to us holds the same truth that we should extend to others as we are suppose to be the mirror image of Jesus Christ.