Yesterday I had to put my car in the shop because my window fell down into the door. It was so jammed inside that they couldn’t even get the panel open. I had just gotten the dealership to fix it a couple of months ago because the motor went out on both sides of the car. Those were not cheap at all. They said, “We will probably need to keep it a couple of days, so we can set you up with a rental car.”  Because they didn’t have any rentals on site they had to use an outside source. When I got to the rental place they failed to tell me all the stuff that I would need like my car insurance information, a deposit and the dealership had it as if I was paying for it when I wasn’t. So as if that wasn’t frustrating enough I called my car insurance to get all the information they needed only to find out that after all these years that I have been paying insurance I wasn’t fully covered. They had me under liability only. RIGHT! I said , “Lord I’m going to need your help today” Luckly I was able to get everything fixed and I had never been in a wreck. God had me covered. It made me think about how people walk around in life uncovered. No morales or values. Could care less if they live or die. No hope at all. I remember one day I was that way until I meet Jesus and made Him Lord over my life. He changed my life forever. When I accepted Him as my Savior I became fully covered under the blood. I became a daughter of the King, joint heir to the throne. What He owns now also belongs to me. The  thorns on his head keeps my in perfect peace when my mind is stayed on him. The blood that he shed covers and protects me from danger seen and unseen. He gave His life that freed me from bondage and sin. It allowed me to walk in freedom and to live life more abundately. Because I accepted Him as Lord over my life if I die today my soul will live forever with Him in paradise. Don’t walk around life under covered. Jesus Christ is life guaranteed. 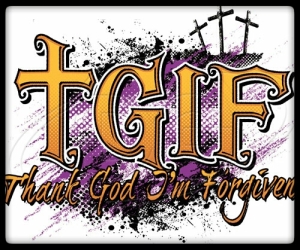 “And be ye kind one to another, tenderhearted, forgiving one another, even as God for Christ’s sake hath forgiven you”

I didn’t realize until I was going through my divorce that I had allowed the root of unforgiveness to settle within my heart. I never knew the extent that unforgiveness could cause until I became so sick of myself in desperate need and the want to change. I realized I could no longer go the direction that I was going and had to take back control over my life. As I sought God in where I had gone wrong with a sincere and humble heart in my moment of soul searching God started revealing to me not so much of others or the things that accured in my life, but about me. Change doesn’t begin with others, but with in ourselves. The biggest thing that I realized was the unforgiveness I had against my father that stemmed all the way down to my childhood and because a lot of the issues that were unresolved then resulted into dysfunctions as I became older. Daughters are always known to be “Daddy’s Little Girls” and from them we look for leadership, guiadance, applause, opinions, nurturing and their approval. There were a lot of things that I should have received from him growing up and my lack of those things resulted me looking for them in other people and things which in most cases unknowingly caused me to build unhealthy relationships and soul ties. Now don’t get me wrong my daddy loves his girls, he is a hard working man, is smart as a whip and he always provided for us , but when one is broken and you never got the things yourself as a child to prepare you to be a father or even a man it presents some of the same cycles that occurred in your childhood if not worse and not recognized. I looked for him to give me what he was incapable of giving me and rejected what he could. There are so many things that you should be taught growing up, but because of the dysfunctions of others you unfortunately learn them through your own mistakes in life. When God revealed to me of my unforgiveness and where it came from I had the option to either deal with it, let it go and grow from it or I could hold onto it and continue in the cycle that I was in. When I sincerely forgave my father it was a trickle effect in my life from not only him, but others. This was a major turning point and life changing experience for me. And when I chose to forgive him I had a feeling of freedom and peace that I had never experienced in my life before. It unlocked so many things not only about me, but it was an eye opener that changed my life forever. So now I’ll try to do whatever it takes to remain in that place of freedom and peace. Although there are still areas in my life that God is revealing and healing me from I refuse to allow myself to go back in that place of bondage. In order for me to do so I have to continue to trust and depend on God and continue to take those things to the cross. In my own strength I can’t, but through him I can do all things. And just as God has continually forgiven me of my wrong so do I have to do for others.